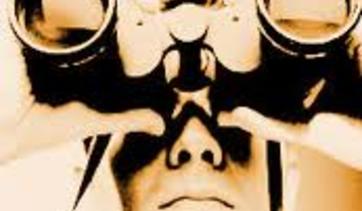 The investigative services that I was provided by Frank and his staff were professional, precise, reasonable and most of all, effective.  I have never had to use an investigative service before and I hope that I never do again, but if I do, it will be Frank Slapikas Investigations.  They were always prompt to answer my calls and worked their schedule around my needs.  They also took a personal interest in my case and didn't treat my unfortunate situation as a job.  I consider Frank not only a business associate, but a friend even though the circumstances in which we met were less than desirable.  I would recommend Frank to anyone that needs any type of investigative service and have, both to my acquaintances as well as my attorney.

I highly recommend Frank Slapikas Investigations.  He was professional, responded quickly, provided timely feedback and was able to adjust his schedule on short notice.  I obtained excellent photographic and video evidence, even in dim lighting.  They were very prepared and ready to be a good, credible witness if needed at time of trial.

After calling every private investigator in the book, I called Frank Slapikas Investigations.  Not only did they immediately return my call, but they were also up front about their fees and very knowledgeable about what I needed to do to get started moving in the right direction.  Frank was constantly available and kept me updated daily on the results of his investigation.  All of the other investigators I called had people answering the phone that sounded like they were laying around in their pajamas and had no idea about investigating.  However, they could quote fees, all of which were outlandish compared to nationwide standards.  I talked to several lawyers and business people in town about hiring an investigator.  All of them had heard of Frank and highly recommended him as the best in town.  They were right and thankfully, we got what we needed to make our case.  It was easily one of the best expenses I ever paid, not only because we won our case but because I know that there is someone out there that will do the right thing, be honest, be dependable and deliver results.  Thanks Frank!!!

I have worked with Frank Slapikas on several cases and found him to be thorough, insightful and detailed in his work.  This thoroughness in details is helpful in preparing a case for court.  His expertise in finding, interviewing and documenting statements of witnesses is most impressive.  I will use him again when a case requires an investigator.
- J. Smith - Attorney


Thanks for all of your hard work.  We couldn't have done half as well without you!
- L.S. - Attorney


The investigative services provided by Frank Slapikas Investigations proved to be highly reliable and honorable.  This level of integrity is essential when evidence gathered is presented to the court.  I was pleased to find that most jurists were already aware of the high quality of his work with video surveillance.  Thank you for being at the right time and place to protect the life of my child.
- E.A.M. - Alabama


Having a minor son falsely accused and charged in a criminal act is no easy matter for a family.  Frank became involved in our situation after the recommendation of our son's attorney.  He was on my son's side from the start and it was great having someone working for us that was looking out for my son's best interest.  After working through all of this, we realized that the authorities failed to do a thorough and un-biased investigation.  That is why Frank was so important in this matter.  He worked well with my son's attorney and was a real benefit to the outcome of my son's unfortunate situation.  Frank was very reasonable with his charges and worth every penny that we paid him.  I would highly recommend him to anyone in need of a great investigator.
- D.H. - Alabama


I was recently going through a divorce and my spouse was having an affair.  To make matters worse, there were children involved and my biggest concern was to maintain custody of my kids.  I decided to hire a private investigator to help me get the information I needed and Frank Slapikas was referred to me.  I am glad that I called him and was very pleased with the results.  From the beginning, he was quite informative and let me know what to expect along with what options I might want to consider.  During the course of his investigation, he was very thorough and kept in contact with me on the results he uncovered.  I was extremely happy with the fact that Frank ALWAYS kept my finances in mind and understood that I had a limited budget to work with.  He used his time wisely and gathered the information I needed in the most cost-effective way possible.  I ended up getting the results I needed and his services were a huge help to my case.  Overall, my experience with Frank was a positive one and I would highly recommend him to anyone that was in need of a private investigator.  The best advice I could give someone would be to give Frank a call and atleast talk to him because you will be glad that you did.
- B.J. - Northport, AL